Issue 87 – Darwinism at its finest.

“What goes up must always come down” – as we step back for a moment, the world is standing witness to staggering historical moments on the global stage. We are all recalibrating how to rationalize and impact this course, but either way, the S&P 500 and the real estate market continue to shock and out-perform with substantial staying power, besides the negative commentary and/or moments currently playing out.

While we have watched the bond market essentially devolve to the negative digits, and then make its way back to black – a valiant effort in its recovery, which in turn has started to stimulate and stabilize the real estate market somewhat, irrespective of the new interest rates. Inflation rose 9.1% in June, the highest inflation in a decade, yet US consumers’ spent 18% more in March 2022 than they did two years earlier, and 12% more than they were forecast to spend based on the pre-COVID-19 trajectory.

All compounded by an hourly wage that fell 1% during this past month, reflecting a 3.6% decrease from a year ago. What does this all add up to for us real estate folks… well?

This is not meant to dishearten, but rather highlight the resiliency of New York City real estate and its staying power. No one anticipated the real estate run-up to be on par with 2014/2015 absorption levels right out of a pandemic. Even with inflation and higher interest rates, according to Miller Samuels, the discount from original asking price decreased from 4% off the original ask price, as compared to a 9% discount the year prior. Transactions over $1 Million only decreased to 43% from 48% a year ago at the same time, and that was during the run-up. The one change that we are noticing is; as buyers ‘take the plunge’ in purchasing, buyers want protections in place and protection has become far more important than it ever has been. 68% of co-op Sales are financed of which 73% are contingent on financing. 51% of condo sales are now financed, of which 65% are contingent on financing. As a broker on the streets, this is the biggest indicator that consumers want to mitigate and hedge against any risk, if they are going to take this step.

Although there has been an adjustment and a ‘malaise’ in the sales market, we are still seeing performance in the luxury sector over $4 Million. Like anything imperfect, it ebbs and flows. As of just last week, we saw 21 contracts signed above $4 Million, 5 more than the previous week, and condos outsold co-ops 14 to 3.

We have seen mortgage rates begin to stabilize, albeit not to last year’s levels, but overall people are starting to ‘tolerate’ the new norm as it relates to rates. What we have also noticed is that people are still prepared to come and park cash in New York City, contrary to popular gossip. Recovery and performance is what drives investment. Real Estate in New York always outperforms both for end-user, investors alike. According to McKinsey & Company, the latest Consumer Pulse survey shows that, across America, people have simultaneously embraced new behaviors and reverted to old ones. What will they do next?

The average rent in New York City is now at an all-time high, with the median rent price at $4,000 per month, and the average rent at $5,058. Rents are up 40% YoY. New York City rent has only just continued to skyrocket, with studios hitting a whopping $4,000 a month as well. A STUDIO?! Renters need to earn upwards of $165,000 to even be considered to be in a position to rent, and must reflect 45 times the asking rent in their account post lease-signing, Yes, that’s right, 45 times! Most rental inventory does not last longer than 7 days on the market currently. It’s clear this isn’t stopping anybody from wanting in!

Further, the “standard” broker fee averaging 13-15% of the annual rent is infuriating potential renters, and my way of saying that this signifies a red hot rental market with no signs of slowing down. Although rental prices are increasing 40% YoY and competition is fierce – an overlooked silver lining here is that at some point we say enough.

For this type of rent hype, folks are saying, ‘I might as well own equity”. The inventory for prospective buyers is tight right now, but given the overall capitulation of the sales market over these past several months, it has become an appetizing option, EVEN with higher interest rates.

The property inventory shortage has been a problem, both during and post pandemic. As we wrapped up Q2 this year, although property sales dropped by 30% from the first quarter, we are now seeing an uptick in demand due to that shortage.

Clearly, the June 15th interest rate hike of .75% (the third hike this year), the largest hike since 1994 did not help matters. So, why is traction still happening? There are those that are itching to take advantage of a market that is still not perfect. Seeking to get out of throwing away significant money on fierce rental prices and are hoping to actually grab a bite of the apple by finally being able to pull the trigger on purchasing. Ultimately, people still need a home to live in, desire upgrading when they can, and have demands of a growing family.

With the discussion of an inevitable recession on the horizon, we still need to remind ourselves that it’s still business as usual. Rising rates are not intimidating the city that never sleeps, sale prices are adjusting to offset the increased interest rates. This is creating room to cultivate a new norm in a new market. Whether it is a new Mayor, or a new vote in November, New Yorkers take full advantage of capitalizing on the commodity of space that only this city has to offer!

Let’s see what next quarter brings to the equation.

Issue 86 – The Great Reset: New Yorkers have reconsidered what their life looks like in a post-pandemic world, and the result is a desire to upsize in Brooklyn.
Issue 84 – New Year, New Mayor, New York.
Issue 83 – What the Upper Manhattan Market Says About New York City’s Real Estate
Issue 82 – A Record-Setting July: The New Momentum Behind the Booming New York Market
Issue 81 – Green shoots abound, with key signs indicating a buoyant 2021 NYC real estate market
Issue 80 – Making heads and tails of 2020 news flow, and what it means for NYC real estate
Previous
Next 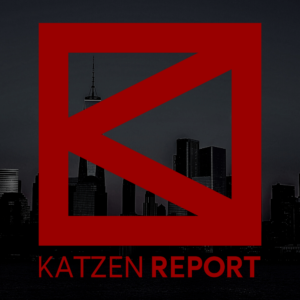